Design duo Muller Van Severen has collaborated with valerie_objects since the very beginning of our existence. Now, at the fifth anniversary of the design platform, Muller Van Severen surprise the world with a creation we thought would never come out of their studio: a wooden piece of furniture.

It is no secret that Fien Muller and Hannes Van Severen have always put wood aside to let other, less usual materials steal the shine, such as polyethylene, enamel and lacquer. Yet the time is ripe. 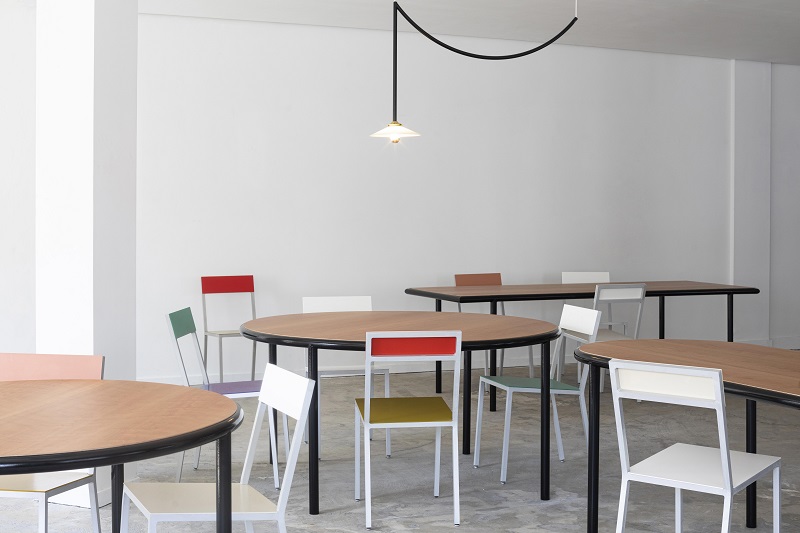 ‘Our new items are a nod to the nineties refectory tables we ate at during lunch in school’, Hannes Van Severen explains. ‘Those were kind of grayish, rectangular tables with a plastic laminated wooden top. Let’s say that this is the upgraded version’. 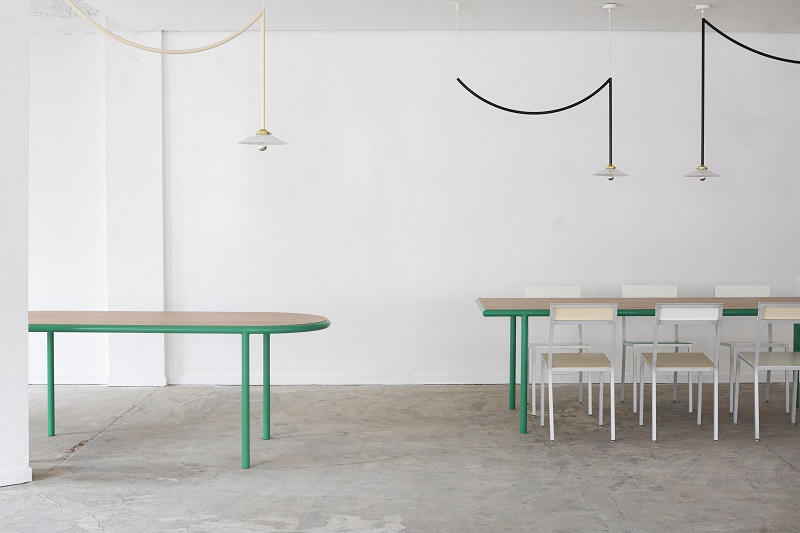 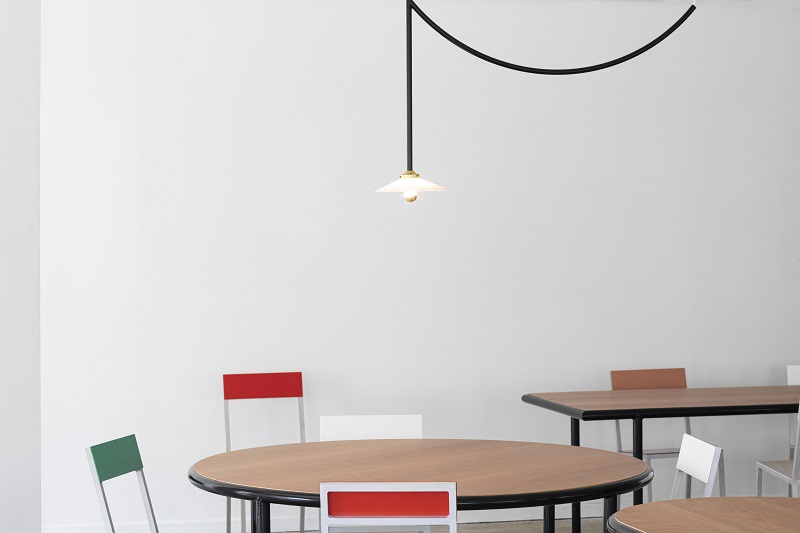 _garland becomes lamp or is it the other way around?

‘It is a continuation of Neon, a neon garland-shaped lamp we made back in 2014’, Hannes Van Severen explains. ‘In essence it is about creating an object with a certain atmosphere simply by applying a minimal intervention: the bending of a straight line’. The shape of the lamps reflect garlands and serpentines and thus form playful and colourful lines in space. Yet a sturdy line that is. The lamp is made of steel and unbendable. ‘It’s a simple twist with a grand effect’, Van Severen adds.
These frivolous lamps are available in the meticulously selected playful colours that is so typical to the oeuvre of Muller Van Severen.

or orders, get in touch with stephanie@valerie-objects.com