with great proud, we present our next dinner related project: the pepper & salt project.

For this, we gave five designers carte-blanche to create a pepper and a salt mill.

the entire collection will be available in shops and online in October 2018.

With these pepper and salt mills Muller Van Severen once again shows that everyday tools don’t have to be purely functional nor seemingly invisible. The design duo reinterpreted the classic mill by reshaping the two basic parts of it — the head and the cylinder —  into two perfectly geometrical forms: a sphere and a cube. Notice that the classic proportions of the parts are altered: the sphere and the cube are of equal length (5cm). As a result of this small intervention the mill appears to be a sculpture rather than a functional tool. The sculptural quality is further accentuated by the shiny nickel plated finishing of the sphere. To add their typical playful touch, Muller Van Severen chose two soft colors for the ABS plastic cube, Whisper White and Yellow Orange. Apart from being beautiful objects, these mills function like every other. 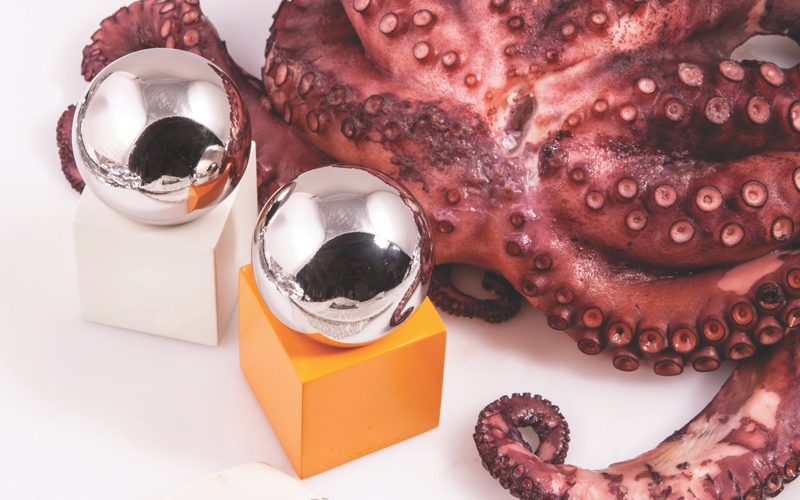 tools from the barn
by Maarten Baas

Few designers have such a recognizable signature style as Maarten Baas. You can practically guess that this slightly crooked pepper mill was conceived by him just by glancing at it. Baas started off from the archetypical pepper mill which consists of a cylinder and a round head on top of it. In stead of streamlining these two parts into a unified whole, he materialized a sketchy drawing of a mill. Baas actually designed a perfectly functional tool made from ABS plastic that looks like it has been hammered by granddad in his barn. This contrast, industrial versus hand-made, makes out the core of Baas’ work. If you look close, you’ll notice that there’s not one straight line to this mill. Even the length of the cylinder curves just a bit. This is a piece of meticulously designed imperfection.

bottle of spices
by nendo

Although Nendo is known to work on four hundred projects at the same time, this is actually his very first pepper and salt shaker. As always, the Japanese designer aimed to add a humorous twist to the design and with this object it is no different. The pepper and salt shakers are actually round glass bottles with a ribbed bottom placed on a glass holder. The intention is to pick up the bottle, pour some spice into the holder, grind it with the ribbed bottom of the bottle and then pour the squashed pepper or salt on your meal. In other words, using the pepper or the salt becomes an almost absurd act of play. The object is transparent, a key element of Nendo’s work. He wants you to look at your pepper like raindrops through a frosted window. 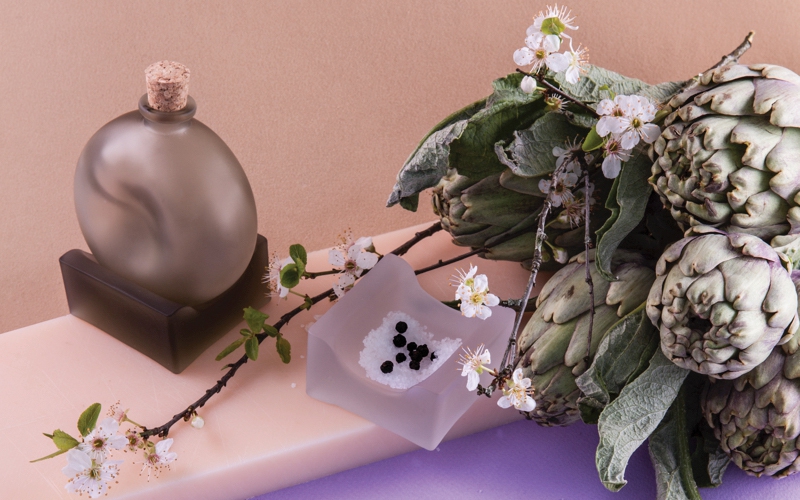 rock the pepper, roll the salt
by Sigve Knutson and Thomas Ballouhey

The two youngest designers of the valerie_objects team Sigve Knutson and Thomas Ballouhey both graduated from the experimental Design Academy in Eindhoven and are part of a new generation that looks at design in a different way. They put craftsmanship aside and go back to the very origin of design, when man made tools spontaneously without any specific technical background. Their objects combine minimalism with the aesthetics of the Stone Age, such as is the case with this rough-shaped grinder consisting of a grinding ball that rolls in a preconceived circular trench. While the grinder looks like it’s been beaten out of solid rock it is actually made of cast iron protected by diazotization against corrosion. It is thus also a modern tool. And a very humane one. There’s no mechanics to it. 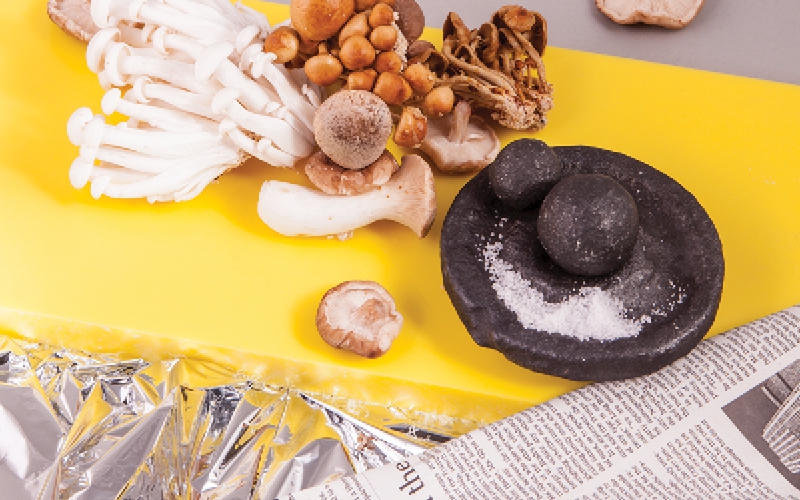 temple of pepper and salt
by Studio Wieki Somers

With every design, Studio Wieki Somers manages to reinterpret daily tools into objects that evoke a sense of wonderment. That is exactly the case with this pepper and salt grinder. Somers exchanged the typical mechanics of a mill with a simple but genius grinding system consisting of a convex and a concave piece that fit perfectly into each other in order to be able to grind pepper and salt with an almost mechanical ease. Both parts contain hidden embossed surface treatments to make the grinding even more easy. The mechanical simplicity of Somers’ design is emphasized by the minimalist aesthetics of it. The grinder consists of the three sober but striking marble cylinders and a marble sphere which can be stacked as a beautiful 17cm tall totem. One of the marble cylinders contains a handy pepper/salt reservoir that can be shut with a marble cap. 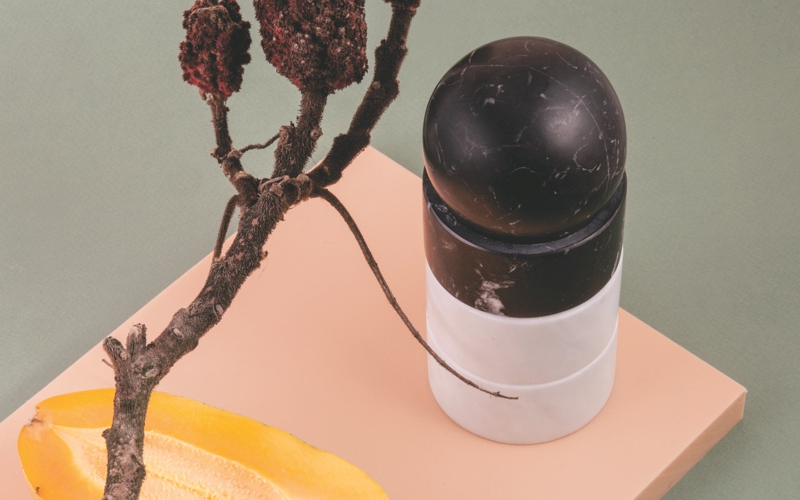 Available in shops and on the webshop in October 2018.